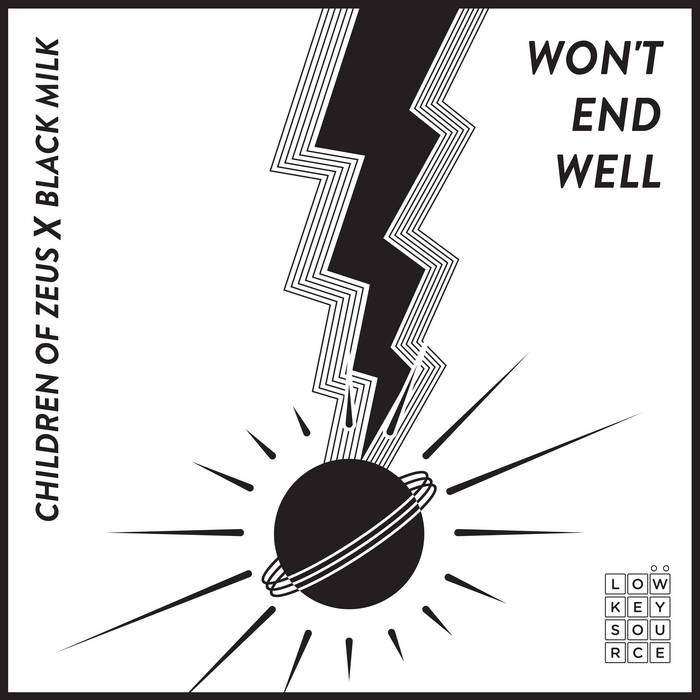 Tastemakers from all corners of the globe have applauded ‘Travel Light’ and their earlier release EP ‘The Story So Far…” for Konny Kon and Tyler Daley’s quality production oozing boom bap Neo Soul sensibilities, vocal arrangements and harmonies distinctly COZ, whilst keeping their eclectic electronic influences in measured doses producing a sound uniquely their own.

Detroit producer and rapper Black Milk has pushed through as one of the world’s top producers for his hard hitting beats with a strong sampling component labeling him as a virtuoso producer in demand. With a production catalogue under his belt consisting of Slum Village, Danny Brown, Jack White, Guilty Simpson and the late Sean Price, Black Milk travels the world with his band Nat Turner turning his production into a dynamic full band experience.

Their collaboration single ‘Won’t End Well’ depicts a neighbourhood entranced by drugs and how good kids seduced by this way of life learn how to become a part of the cycle despite the advice of their parents knowing it won’t end well. Black Milk’s hard kick and crisp snare mimic the darkness surrounding this type of environment in a predatory and cunning manor. The bell’s melodic top line heard throughout the track adds to the predatory feeling. Konny and Tyler’s delivery is rough yet exacting, delivering contained aggression and desperation experienced in a low socio-economic neighbourhood hypnotized by drugs on every street corner.

Despite the heaviness of a reality known to some, Children Of Zeus and Black Milk continue to touch on subject matters relevant to their audience, grounded in everyday life circumstances.