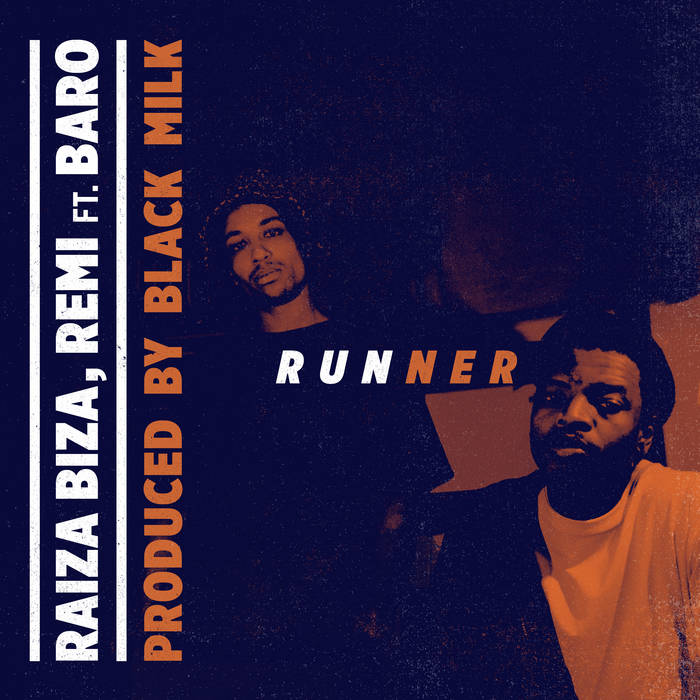 "Runner" is a high tempo beat driven out an out hip hop track with dynamic production and hooks throughout, and shows why Black Milk is one of hip hops most respected producers, and why Remi and Raiza Biza are two of the most exciting emcees coming out of the Southern Hemisphere.  The track also features verses from fellow Melbourne rapper Baro who has collaborated with Remi in the past on the track "Hate You" which is on REMI's 'Divas and Demons' album.

Remi: "I've been a fan of Black Milk since I heard "Reunion" by Slum Village.  Getting the opportunity to rap on his beats was crazy.  The rest of it was just family, having collaborated with Rai, Baro and Sampa a few times it felt super natural and I think what we came up with is dope.  Special mention to Sensible J for curating and mixing the whole project."

Raiza Biza: "The collaborative nature of the process was something new to me as a solo act, so I learnt a lot and Black Milk really gave us some fire to work with."

Black Milk is signed to rap legend Nas' record label Mass Appeal Records, and broke through as one of hip hops most exciting producers after his work on Slum Village's records.  In addition to Slum Village, Black Milk has quite the portfolio of his own solo releases showcasing his talents as a rapper and lyricist as well as a producer.  Since breaking through, Black Milk has worked with the likes of other artists and producers including J. Dilla, Danny Brown, RZA, Black Thought (The Roots), and Pharoahe Monch.

The Black Hole Sun EP will be a joint release out on Remi and Sensible J's record label House of Beige (REMI, Man Made Mountain, Cool Out Sun), and Sydney based label Low Key Source (Raiza Biza, Vida Sunshyne, Ladi6).

Hip hop producer Sensible J, whose credits include Remi and Sampa the Great, mixed the record at House of Beige Studios.